Untitled is a fifty minute silent performance within a circular space and the relation to a build vitrine with copies of old Native American (ceremonial) objects and personal current day artifacts. The performance reflects upon our relation to time, space, the senses and the contrast between the static exhibition space and unconsciously motivated and symbolized happening. With the help of these attributes it re-enacts upon the moment when meaning is in the making. Appropriating, readjusting and applying personal aesthetics, Native American Navajo healing rituals and ceramics together with modern day fetish culture. 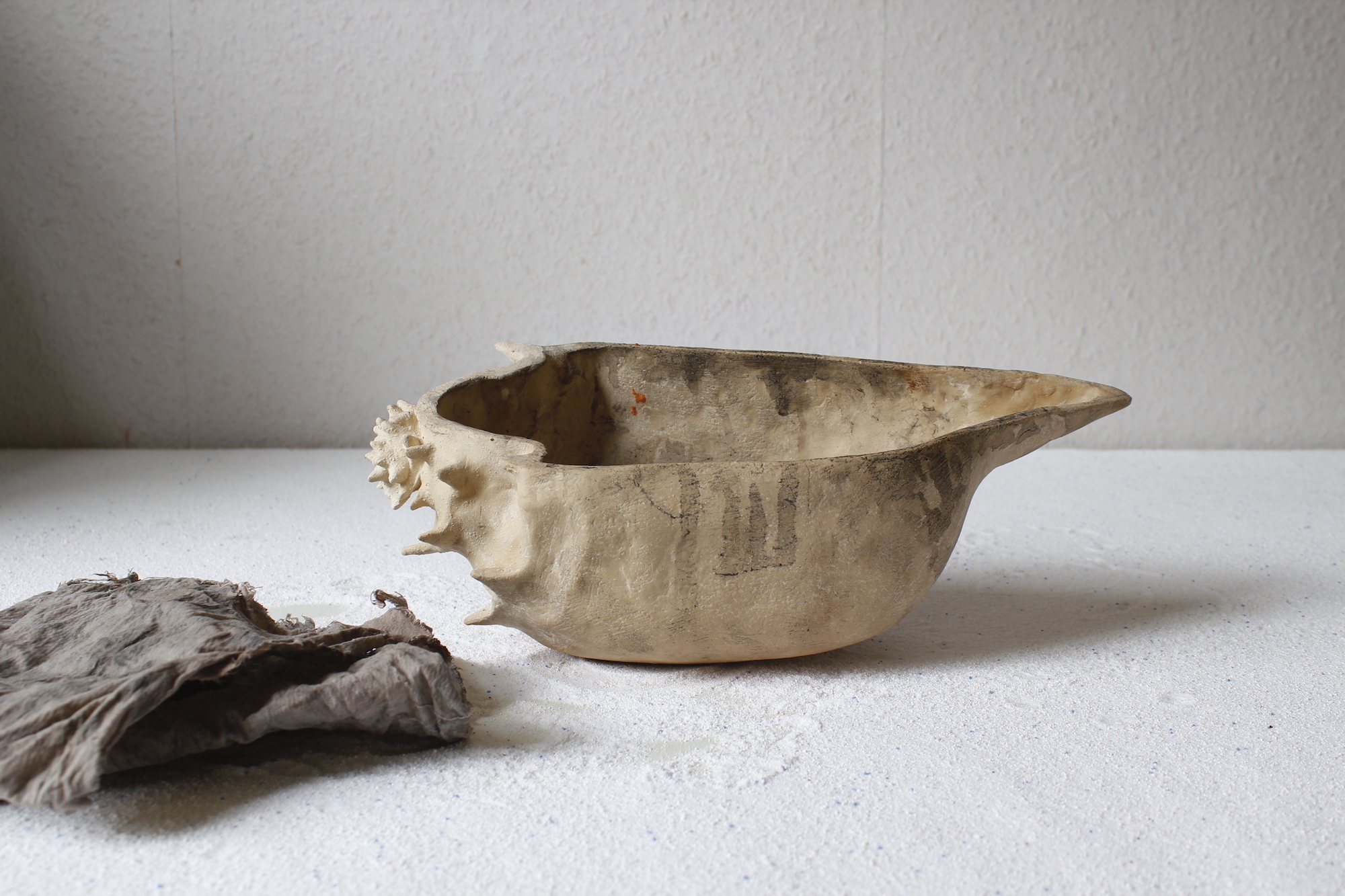 Visitors were invited in a disc shaped tent via a south facing entrance. It was a modern design: Using a pine wood frame from which a large unbleached canvas was suspended. It housed around 15 people at once, sitting motionlessly watching the concentrated actions of the young Harnett. Upon entering, Eamonn carefully coated his own body with a cloth drenched in what smelled like baby oil. The circular space was inhabited by the strong presence of a man sized rectangular steel cage with an entrance on either side. Clean white towels, a black latex blanket and a rope decorated the scenery, further indicating some kind of erotic role-play. Eamonn continued the performance by preparing the surface of his sand drawing, as he walked in and out of the tent to fetch more tools needed to execute his ritual. Among of which where various highly ornamented handmade ceramic pots, a cloth (which could have been a t-shirt) and pieces of parchment-like paper. These brief moments of interruption only heightened the sense of concentration in the space filled with people who appeared dumb struck by anticipation of what was about to happen, grounded on the somewhat sticky floor. He brought in pigmented sands to execute the drawing. Using fine sieves and pieces of torn parchment paper as tools, he very carefully dispersed the different natural colored sands. Laying out various symbols around a central pattern, which appeared to be somewhat ambiguous in nature. Being no experts in Native American signage, the viewer could be easily convinced of their originality. A set of ceramic pots, one of which contained the smell of washing powder, seemed to be similarly recreated. The energy that is drawn from the sand drawing and surrounding ritual, which is usually instated to heal or guide a single person, was shared among the few people present during the event. The personal significance and urgency of this happening reinstated by the artist, truly transformed that which could have easily been an anthropological reenaction. Every action was as much borrowed from another culture as it was drawn from personal meaning. - Chris van der Kaap