How to get to know an ecosystem intimately?

The project Successional Horizons is a material exploration of non-human sentience in traditional practices of fish trap making and use in both European and non-European histories, animist worldviews, and craft practices. Embracing the fishing culture of Mull in solidarity with the plural animate fishing cultures alongside other coasts, beyond Mull's oceanic horizons.

Is there a way to move past human tradition into a place of non-human potential of an ecosystem? where ecosystem transformation though climate change shape new relationships to non-human living matter.

By using both native and non-native species through acts of gathering, making and trapping within Mull Island’s landscape the work Successional Horizons explores the artist’s personal relationship to hybridity, ecosystem function and re-engagement with traditional ecological knowledge. On Mull Gaelic place names, the bioregion and the continued ecological transformation due to human intervention and climate breakdown is the setting for the use of both native and non-native species.

Participating subjects are the Māori traditionally used plants for weaving such as harakeke (New Zealand Flax) and tī kōuka (Torquay Palm) and the native to Mull Island weaving materials such as seileach (willow), calltainn (hazel), fraoch (heather) and bent (marram grass), these species seem to commune and survive within this seemingly bare environment.

With thanks to Knockvologan Artist Residency.


Fusion of Horizons - Horizons are the permeable boundaries at the edge of perception, porous membranes that connect the depth of our own, localized center with other depths of other localized centers. Horizons are the skins that allow for uniqueness-in-relation. To find ourselves thrown into a horizon of reciprocal relations is to allow for the possibility of reciprocity across boundaries. - Martin Lee Mueller 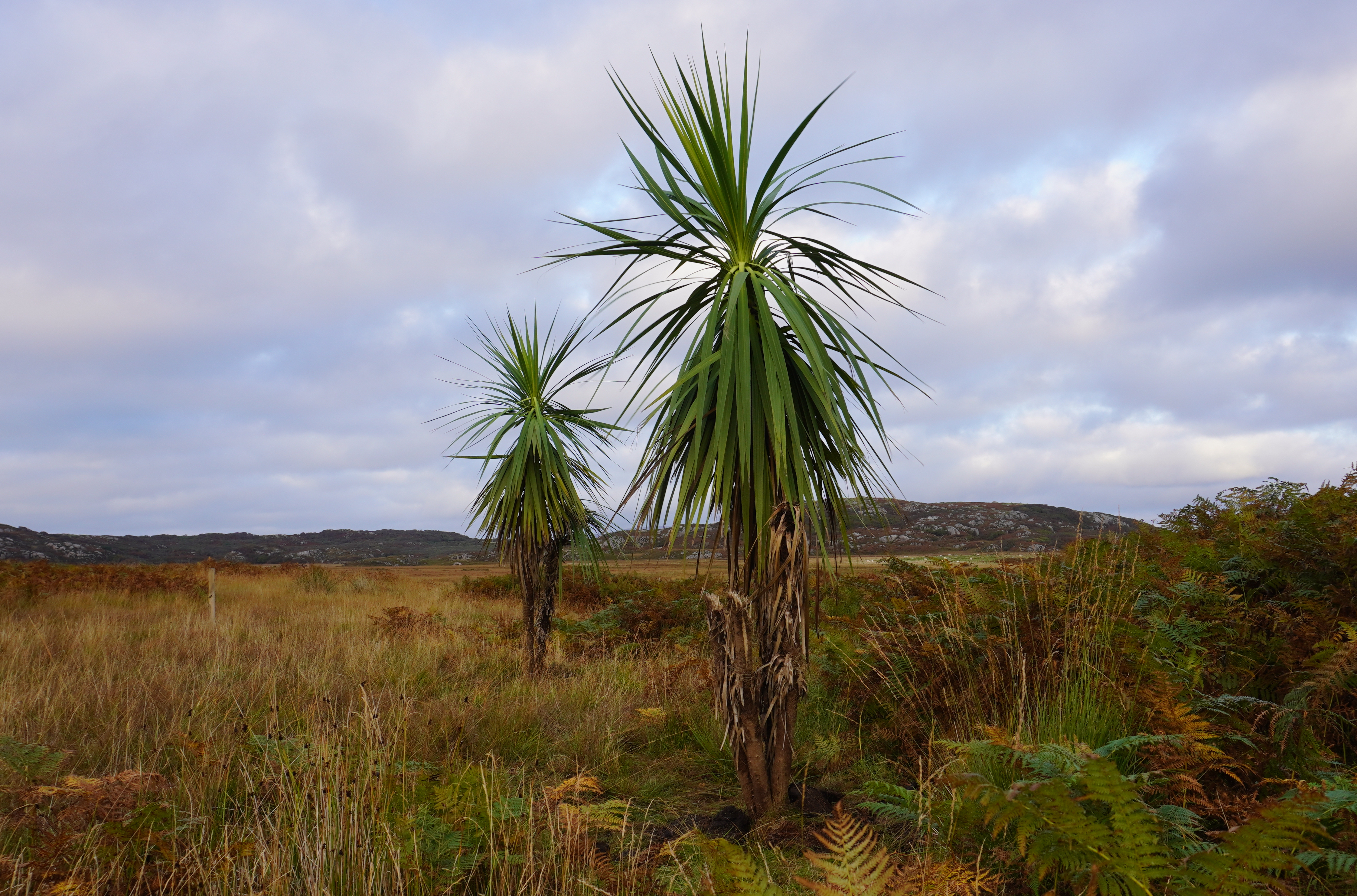 In Native American Northwest Coast ontologies, fish and fishing structures, such as fish traps and fish weirs were considered animate and part of the social worlds within which humans and fish were engaged. Fish were considered capable of retaliating against those who treated them improperly, and one way of ensuring that no offense would occur was to dismantle fish traps when they were not in use. In Aotearoa or New Zealand the harakeke or New Zealand Flax plant which was the cultural cornerstone of the Māori was also given agency, through metaphors representing family ties and relations.

I’m interested in how such indigenous ideas about non-human others can give rise to a more animate sense of self. What can western culture learn from such ideas?

New-animism sees the experience of life as a dynamic conversation among the creatures and natural systems of the Earth and is about surrendering an anthropocentric vision, seeing the world as full of persons, only some of whom are human, in which life is always lived in relationship with others. New–animism is therefore concerned with learning how to be a good person in respectful relationships with other human and non-human persons.


Native and Non-native - a creole of living matter

Creolization is interpenetration. Mutual transformation. Reciprocal Enaction. The invention of novelty through the mutual incorporation of age old constraints. Perception through being open and vulnerable. It is a permanent oscillation in tune with the sensitive bodies of this world which can only exist through a continued sensual encounter including making love and being eaten. - Andreas Weber

Successional Horizons reflects on a queer hybridization of tradition (the artist’s Irish background), the place or bioregional and independent ecosystem actors such as tī kōuka, (Cordyline Australis, Torquay Palm or New Zealand Cabbage Tree) and the Harakeke or (New Zealand flax), which both, like many of Aoretera’s (New Zealand’s) species, do well in Ireland and the UK.

Having taken up cultural names based on these new places, they represent an explorative search for identity in relation to place in an Anthropocene world, where ecosystems can and are allowed to shift with human movement. Perhaps making way for new hybrid forms of agricultural sustenance and survival. The dual uses of many of these non-native species, from food to fiber, create opportunities to reflect both on a parochial and global identity.

Here creolization can be an invitation for contradictions to exist and flourish. Openly questioning concepts such as “ecological fitting”, the process whereby organisms colonize and persist in novel environments and form novel associations with other species, versus the traditional concept of “co-evolution”. 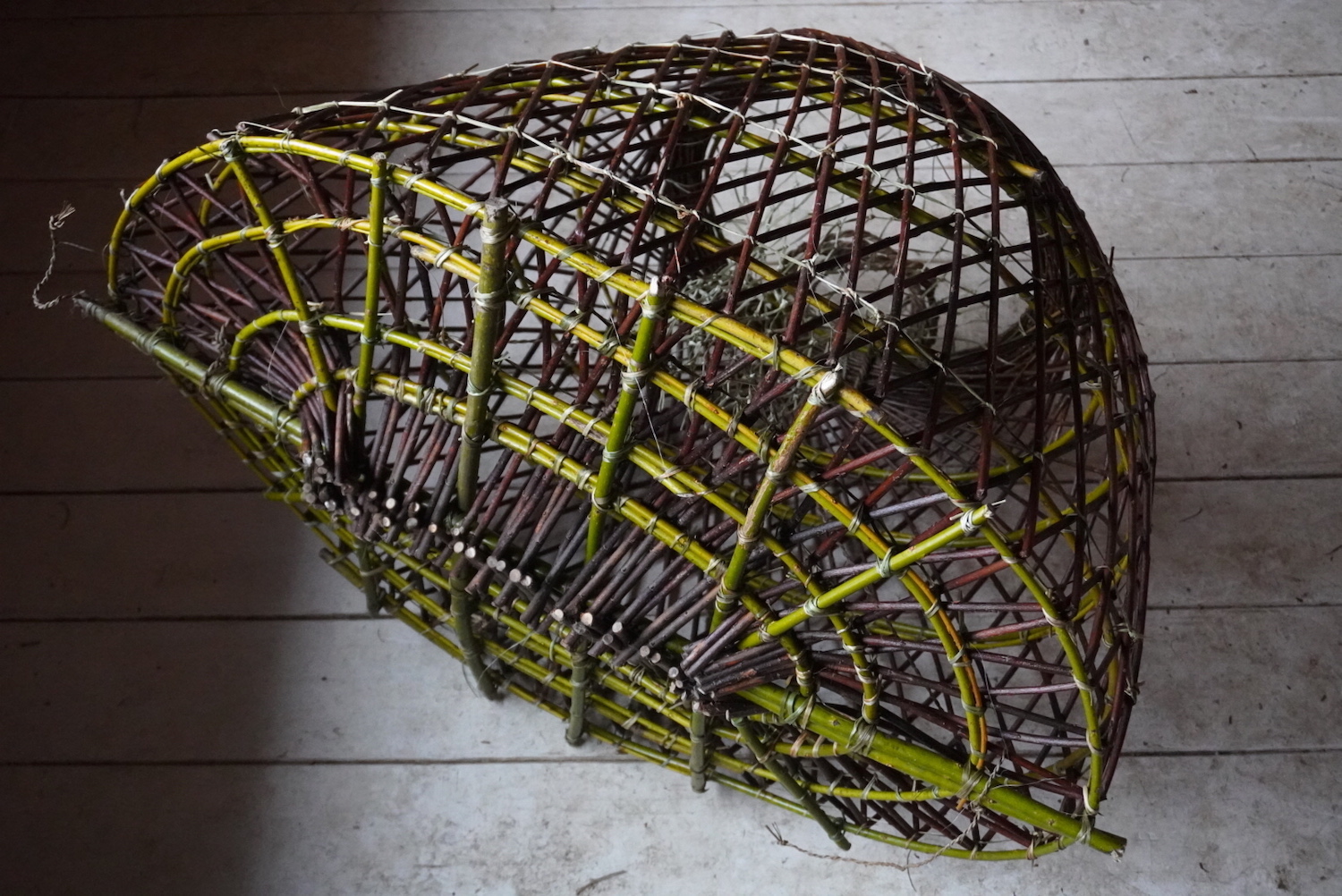 "Bagh an lolaich" - bay of rejoicing, bay of the fishing rock.